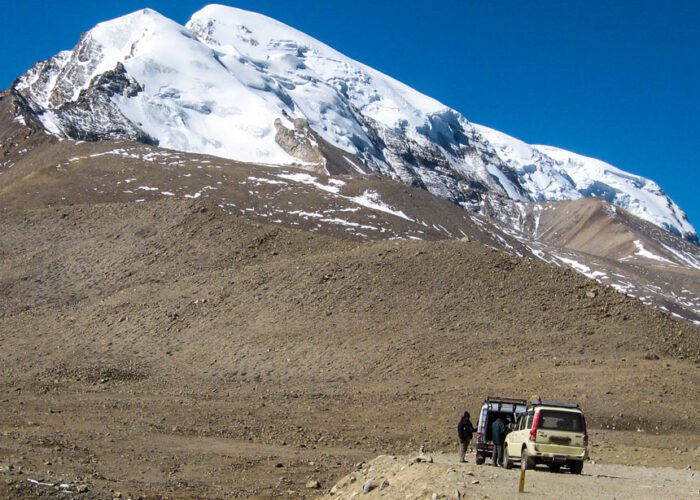 Chungthang is a small town in the North Sikkim district and it is picturesque on being situated at the confluence of the Lachen Chu and Lachung Chu rivers, that combine with sheer might to form the famed Teesta River. Chungthang is a town that can be accessed on the way to Yumthang.

On reaching Chungthang from Gangtok, the North Sikkim highway bifurcates with one road leading to Lachen and the other to Lachung. Chungthang valley is considered to be a holy place which has been blessed by Guru Padmasambhava who is greatly revered by the local people and the followers of Buddhism the world across. He is also considered the patron saint of Sikkim and the valley has a rock to be found here which bears the hand and footprints of the great Guru Padmasambhava, which can be seen till date.

There is a small opening in the rock surface from which a continuous trickle of mineral water. Miraculously, the small patch of land found beside the rock sprouts paddy every year with the blessing of Guru Padmasambhava who had sprinkled a handful of grain on the spot. This is considered holy and a nature defying miracle. Chungthang is a great location for a stopover before one proceeds forward towards the more secluded alpine regions of Lachen, Lachung and the Yumthang Valley. Chungthang has many myths and legends associated with it. One such legend spells that this is the place from where the word ‘Demazong’ first originated. Demazong actually means the hidden valley of rice, for what Sikkim is known for.