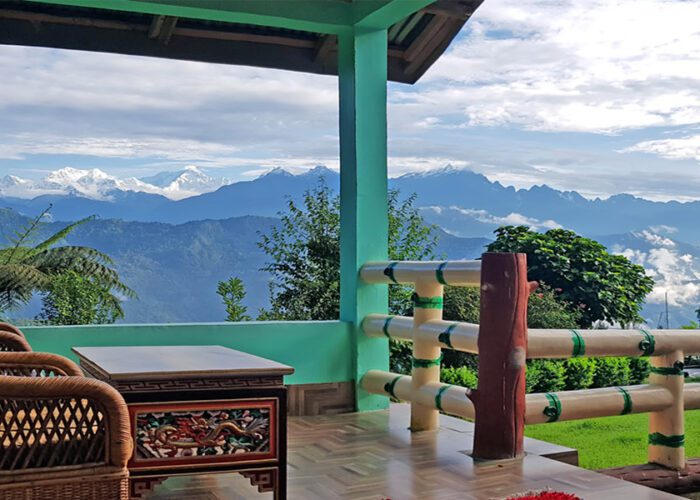 A beautiful village named Kaluk, located on the lap of the Himalayan Mountains in west Sikkim at a height of 1620 feet, is widely known among travelers for its surreal everyday splendor. Far from the hustle and bustle of city life, Kaluk provides its visitors with the most breathtaking views of Mt Kanchenjunga. It is known for the Durga Mandir, Rinchenpong Monastery, and Megi Dara, and is one of the windiest areas in Sikkim.

Kaluk is rewarded with the distinguishing assets in abundance, lying in the cushion zone of the renowned Varsey Rhododendron Sanctuary. While visiting Kaluk, visitors may get a glimpse of the traditional culture that has been successfully preserved by the Lepchas people from the surrounding towns.

Individuals of Kaluk were entirely subject to agriculture in the previous year, but, after being designated as an eco-tourist region, tourism has changed into the main portion of the business for the general population of Kaluk. Kaluk is a settlement in western Sikkim that gives a 180-degree view of Mt Kanchenjunga and its surrounding peaks. Kaluk’s high forests are densely forested, making it an ideal location for nature lovers. Kaluk is a place in the center of nature, away from the polluted air and monotony of city life.

Each season has its own charm in Kaluk, but the greatest time to appreciate the beauty of Kaluk is in April, when the rhododendron blossoms burst, enveloping the valley in a magnificent shade of crimson and sweet-smelling perfume that will definitely leave you enchanted.

How to reach Kaluk

Kaluk may be reached by both air and train. You may take a flight to Bagdodra and then a taxi to Siliguri. You may use public transportation to Kaluk from Siliguri.

If you’re taking the train, get out at New Jalpaiguri Station. When you arrive, go to the bus terminal and catch a bus, taxi, or jeep to Kaluk.

Except for the monsoon season, Kaluk may be visited year-round. The optimum time to visit this location is between the months of April and mid-June. The winter season, which lasts from mid-September to mid-December, is ideal for people who want to see the snow-capped Himalayan pinnacles.

Kaluk is mostly inhabited by the Lepcha population, who have been successful in preserving their customs, culture, and way of life. Different community groups, including Rais, Gurungs, and others, also live harmoniously in this town. This location has been designated as an “Eco-Tourism thrust area of Sikkim” by the Sikkim Government. The town of Kaluk is revered for its social, historical, and religious significance.