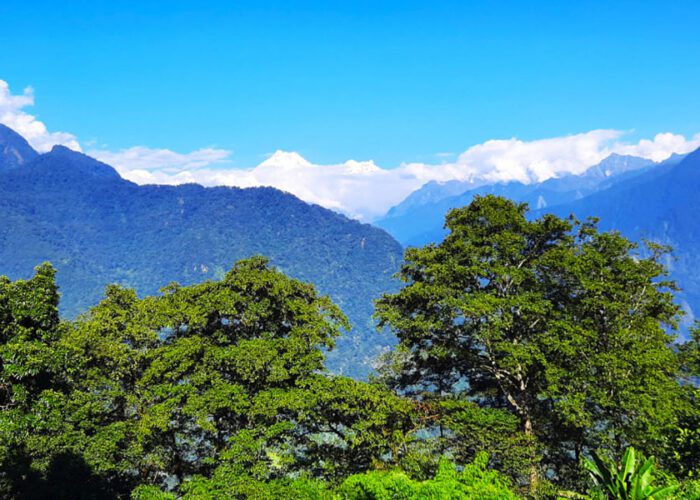 Mangan is the capital of the district of North Sikkim. It is located 67 kilometres from Gangtok. Mangan is a small town but forms a spectacular district headquarter. Mangan is blessed with infinite natural beauty and is an attractive place with majestic views. Mangan forms a picturesque transit point while travelling to other destinations of the region. Mangan is known to hold a three-day music festival in the winter month of December every year.

This festival forms a major event where bands from the surrounded local regions as well as from the other Northeast states gather to entertain the huge mass of audience, travellers and tourists and also compete for the prizes and accolades. Mountains mix with music and the pleasant cold weather gives rise to an enjoyable and enthralling celebration. Other attractions of this grand show includes an exhibition-cum-sale of local handicrafts, a captivating presentation of traditional cultural songs and dances and a gala food festival to satiate all taste buds.