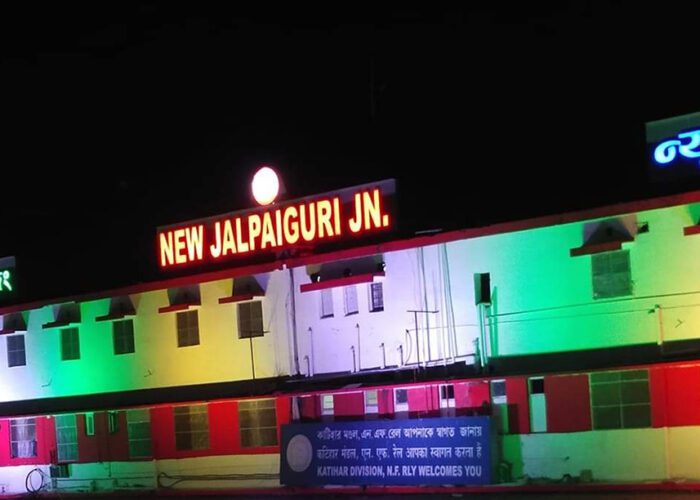 Rarely does one come across a location with as much promise for tourism as Jalpaiguri. But a sizable portion of it has yet to be utilised. Only a few of the treasures that caused the British to plant their roots firmly in the centre of this country include turbulent rivers struggling out of steep gorges, enormous expanses of forest cover, the undulating span of Tea Estates, and the panoramic magnificence of the Himalayas. You can go for a stroll or a drive and never feel the need to rest your eyes. There is no finer location for a visitor who enjoys nature or wild animals than this. In the many available sanctuaries, national parks, and tiger reserves, one may let their hair down.

Jalpaiguri, a little area of territory sandwiched between the Sikkim-Darjeeling Himalayas and Gangetic West Bengal, has frequently struck a beautiful and spooky chord in the hearts of many. Bhutan has bordered a significant portion of the region in the north since the early days of British rule, the region has been referred to as DOOARS/DUARS, which means the Door to Bhutan. British India’s district was founded in 1869.

A significant national park in North Bengal is Gorumara National Park. It is located in Murti, Raidak, just at the foot of the Eastern Himalaya, on the flood plains. A tributary of the Brahmaputra named Jaldhaka flows right next to the National Park. Gorumara has a mix of grassland and forest vegetation. One Horned Indian Rhino populations there are well known. Gorumara has been named the top protected area in India for 2009 by the Ministry of Environment and Forest. In 1895, Gorumara was designated as a protected forest. It was accorded the designation as a wildlife sanctuary in 1949. Later, in 1994, Gorumara was designated as a national park. The approximate size of Gorumara National Park is 80 square kilometres. Over the past ten years, the woodland region has become a popular tourist attraction. Tourist arrivals, as well as infrastructure, have significantly increased in recent years. The majority of the Dooars’ visitor accommodations are currently located in the region surrounding the forest. Over time, there are now more possibilities for jungle safaris.

Jalpaiguri, a little area of territory sandwiched between the Sikkim-Darjeeling Himalayas and Gangetic West Bengal, has frequently struck a beautiful and spooky chord in the hearts of many. Since Bhutan has bordered a significant portion of the territory in the north since the early days of British rule, the term DOOARS/DUARS, which means “the Door to Bhutan,” has been used. British India’s district was founded in 1869. The district’s administrative centre is located in the city of Jalpaiguri, which also serves as the North Bengal divisional capital and is particularly significant in terms of tourism, the environment (forest, hills, tea gardens), commercialization, and commerce.

Air Service: Bagdogra Airport is the closest airport to the Jalpaiguri area. Flights from this airport connect Delhi, Chennai, Kolkata, Guwahati, and other significant Indian cities.

Train Service: The New Jalpaiguri railway station, which is close to Jalpaiguri city, is one of the largest rail junctions in North Bengal. The railway station is well connected to a number of other important Indian towns.

Local Transportation: Jalpaiguri is connected to several cities within the State as well as cities in neighbouring States by both public and private buses.

Jaigaon is located 121 miles distant from Siliguri and takes almost four hours to go there. The 216 sq. km. Jaldapara Sanctuary, established in 1941 for the preservation of the Indian One-Horned Rhino, is a patchwork of woodlands, meadows, perennial streams, sandy river banks, and wide belts of tall grass. It is home to a wide variety of plants and animals, such as mixed deciduous woods, grasslands, and riverbanks. Numerous species of animals, including the Great Indian One-Horned Rhinoceros, call the Jaldapara Wildlife Sanctuary in West Bengal’s Alipurduar Subdivision home.

By Air: The closest airport to Jaldapara is Bagdogra, from which travellers may drive through Siliguri to reach Jaldapara.

By Train: NJP is the most significant railroad hub in North East India. All of India’s significant stations have direct connections to NJP. Madarihat is the station that is the closest to Jaldapara. At Birpara/Hasimara railway stations, which are conveniently connected to Jaldapara, all mail and express trains stop.

By Road: Jaldapara is reachable by automobile from Siliguri through the National Highway. Madarihat serves as the sanctuary’s entrance. It is situated along NH 31. (Siliguri-Hasimara section). From Siliguri to Alipurduar through Madarihat, buses operated by the North Bengal State Transport Corporation, Bhutanese government buses, and minibuses are available.

Gajoldoba’s Bhorer Alo is the ideal retreat for a stay in the verdant countryside. Enjoy an evening stroll with a flock of geese around the twisting cobblestone paths that enter and exit the garden. It’s well knowledge that Gajoldoba is a birder’s paradise. To soothe your spirit, explore the adjacent hills and forests.

Malbazar, one of the most significant settlements in the Dooars region, is located 55 kilometres from Siliguri and 65 kilometres from Jalpaiguri. The village is conveniently situated on NH 31, giving it easy access to the region’s top tourist destinations. With the exception of the lovely Mal Park, the town itself does not have much to offer visitors.

By Road: From any location, you may get to New Jalpaiguri station and then take a vehicle or a bus to get to Malbazar.

By Train: From Sealdah, take the Kanchankanya Express to New Mal Junction station if you’re coming from Kolkata. Four times per week, this train departs from Sealdah station.