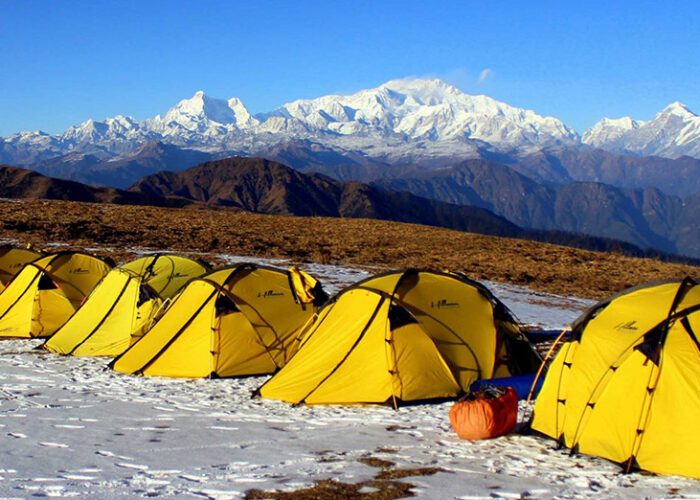 The highest peak in India’s West Bengal state is Sandakphu. On the boundary of West Bengal and Nepal in the Darjeeling district, it is the highest peak of the Singalila Ridge. The peak has a tiny settlement with a few hostels on its summit and is situated on the fringe of the Singalila National Park. From its top, one can view Everest, Kangchenjunga, Lhotse, and Makalu, four of the world’s five tallest peaks.

The best vantage point from which to observe Kanchenjunga sometimes referred to as the Sleeping Buddha or the Sleeping Shiva, is from Sandakphu.

Sandakphu, which is located 3636 metres above sea level, is an absolute haven for all adventure seekers. You may go to this hill station’s highest peak for vistas of the Himalayan Mountains that have never been seen before. It is possible to see the Himalayas for a considerable distance, from Bhutan to Mount Everest. The River Teesta moves rather quickly through Sandakphu. A fantastic alternative for adventure activities, notably river rafting, is the raging River Teesta. Rhododendron and silver fir woods are only found in Sandakphu, one of the seven wonders of the world. From Maneybhanjan, the entrance of Sandakphu, it takes around 12 hours of hiking to get there.

By Air: The closest airport, Bagdogra (Siliguri), has daily flights available. One may take a bus or a taxi from Bagdogra to go to Sandakphu.

By Train: Numerous trains run frequently to the closest railhead at New Jalpaiguri (Siliguri). To go to Sandakphu, tae a taxi from New Jalpaiguri.

By Road: Siliguri to Maneybhanjan via Sukhiapokhri has bus service. There is a hike path from here to Sandakphu. For a travel from Darjeeling and Maneybhanjan to Sandakphu, Land Rovers are also available.