How to reach Gangtok 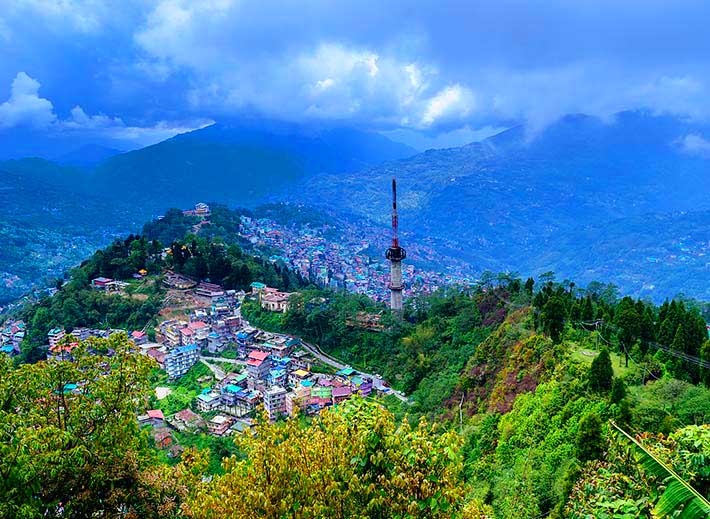 Gangtok is a fascinating tourist destination in northeast India that attracts visitors from all over the world. It is the capital city of the state of Sikkim, and it is located at a height of 5,500 feet. This city is surrounded by the beautiful Himalayas, providing spectacular vistas.

Gangtok is also the starting point for a number of fantastic hikes and mountain crossings. Rumtek Monastery, Sikkim’s biggest monastery, is one of the city’s most popular attractions. The city is known for its Buddhist shrines, adventure, rich flora and wildlife, a great variety of butterflies, and scenic beauty, among other things. The Orchid Sanctuary, which has a wide variety of orchids, and the beautiful Tashi Ling, which gives breathtaking views of the Kanchenjunga range, are two more must-see sites in Gangtok.

By Air, You Can Get To Gangtok

By air, Gangtok is well connected to several of India’s main cities. Bagdogra Airport in West Bengal, about 124 kilometres from Gangtok, is the nearest airport. The travel from this airport to Gangtok takes around 4-5 hours and is fairly picturesque, with mountains and rivers as a backdrop. From the airport, you may get a taxi.

If you’re willing to spend a little more and want a little adventure, book a seat on a TSA helicopter to go to Gangtok in 20 minutes. The availability of helicopter services is, however, dependent on weather conditions. In certain cases, flights are cancelled owing to a lack of reservations.

Getting to Gangtok via Train

New Jalpaiguri in Siliguri, West Bengal, is the nearest railway station to Gangtok. Gangtok is around 148 kilometres away. The station has excellent connections to large cities such as Kolkatta and New Delhi. You may easily catch a taxi or cab to Gangtok from New Jalpaiguri (it takes around 4-5 hours). Buses provided by the government are also available, however they take longer (around 6-7 hours).

By Road, You Can Get To Gangtok

By road, Gangtok is well connected to other cities and locations. Except for a few locations, the roads are in fair condition. Tourists like to drive to Gangtok from Kolkata, Kalimpong, Siliguri, and Darjeeling. From Siliguri and Bagdogra, one may rent a private vehicle, buses, and taxis. In West Bengal, a number of state-run buses connect Gangtok and Siliguri.