How to reach Namchi 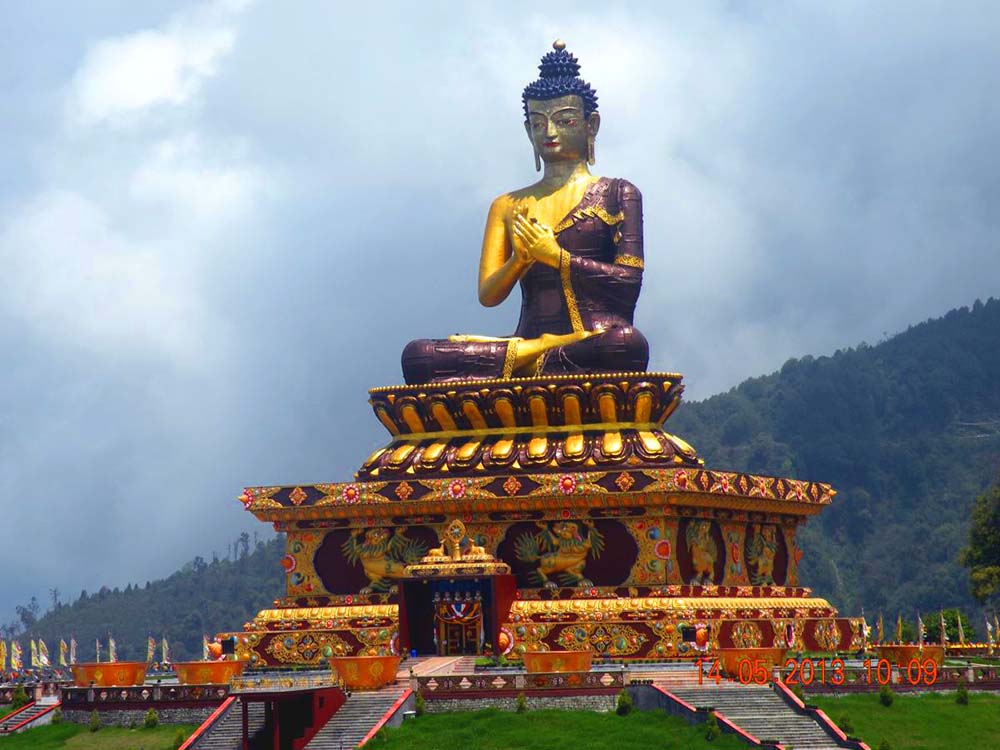 Namchi is the capital of the South Sikkim district and is a great place to visit. It’s off the beaten path between Melli and Jorethang. Namchi, at 5,500 feet above sea level, is rightly dubbed the state’s Culture Capital. It is a place of cultural and religious tourism, including reproductions of all four of India’s most famous dhams (Char Dhams) and the world’s largest statue of Guru Padmasambhava atop Samdruptse Hill, also known as the Wish-Fulfilling Hill. Namchi translates to ‘Sky High.’ A trip to Gangtok can be combined with a vacation to Namchi. The road from Gangtok to Namchi is scenic, with stretches of beautiful tea plantations.

The nearest airport is Bangdogra Airport in Siliguri, West Bengal, which is 104 kilometres from NH10. It takes around 4 hours to get there. Regular flights connect the airport to India’s major cities, including Delhi, Kolkota, and Mumbai. To get to Namchi, take a private or shared cab once you arrive at the airport.

Namchi is 80 kilometres from Gangtok, and the most efficient way to get there is to fly into Gangtok and then drive down to Namchi. The nearest town in Sikkim to Bagdogra Airport in West Bengal is Gangtok, which is around 125 kilometres away.

Namchi may be reached by car

Namchi is connected to the region’s major cities and other locations via a well-developed road network. Namchi is easily accessible through National Highway 31A from nearby cities such as Gangtok, Pelling, and Yukosom. Namchi is 78 kilometres from Gangtok, and the most efficient way to get there is to fly into Gangtok and then drive down to Namchi. To go to Namchi, you may easily get a cab.

Namchi may be reached by train

The nearest railway station is New Jalpaiguri railway station in Siliguri, West Bengal, which is 98 kilometres away by NH10. Namchi is 78 kilometres from Gangtok, and the most efficient way to get there is to fly into Gangtok and then drive down to Namchi. Regular trains run between the railway station and several of India’s main cities. Taxis may be rented at the station and in Gangtok. Namchi may also be reached by state-run buses.