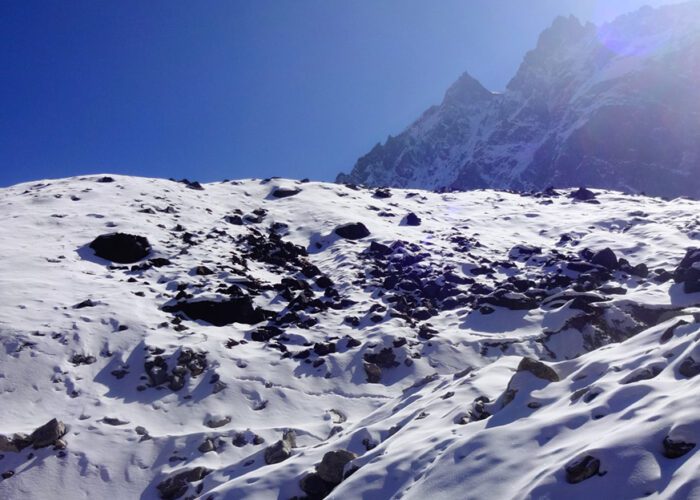 Sikkim’s winters are chilly, but they are also filled with breathtaking natural wonders. From a distance, the grey forest, frozen lakes, and icy summits are all indistinguishable. Between 7 and 4 degrees Celsius, the temperature lowers. Nearly everything is covered in the never-ending snowstorm, making even getting to work difficult. Therefore, it is not recommended to visit this state between December and February. None of the other seasons, however, make Sikkim appear as beautiful as this one does, provided you can endure this bitter cold. Except for the high-altitude regions, almost all of the locations are still accessible to tourists.

However, there are several festivals that are observed here at this time of year, including the Mangan Music Festival, Maghey Sankranti, Lossong, Losar, and, of course, Gutar Cham, which offers tourists the chance to see the world-famous Cham dance performed by monks in masks in the monasteries. On the streets, in the market, and even in the monasteries, one can sense the celebration everywhere. A variety of tribes and villages erect traditional stands to sell their own organic takes on such foods and drinks. Additionally organised on the streets are bike stunts and magic performances. Every night, live performances by neighbourhood bands are held in front of a happy crowd. So Sikkim is the spot for you in the winter if you want to experience the state’s traditional nightlife in a chilly natural setting, untouched by congested transportation.