How to reach Bhutan 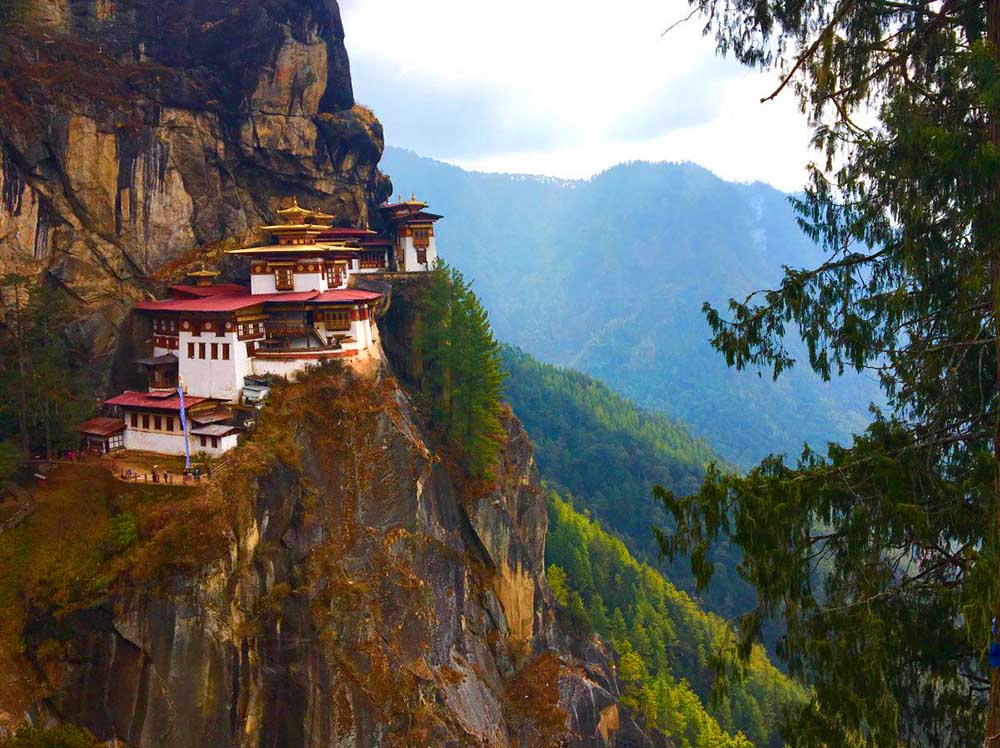 What is the best way to get to Bhutan? You’ve come to the correct spot if this is the question that’s keeping you from organising an exciting vacation to the Land of Thunder Dragons! Bhutan, often known as the Happiest Kingdom, is one of the world’s most wonderful tourist destinations. This nation greets everyone with an open heart, with breathtaking valleys protected by the powerful Himalayas, filled with religious monasteries, dzongs, and temples, and embellished with rustic, yet colourful customs and cultures.

With Phuentsholing, Samdrup-Jongkhar, and Gelephu being the only highland locations open to international visitors (primarily via India), the Last Himalayan Kingdom is easily accessible. Visitors need not be concerned about how to get to Bhutan from their preferred places, whether by road, train, or air.

Getting a Bhutanese Visa

Bhutan, which shares an international border with India, is easily accessible from a number of Indian regions, including West Bengal and Assam. Furthermore, because the approved entrance ports to the Land of Thunder Dragons are close to major Indian locations, one may easily access Bhutan by road through these places.

Visitors wanting to go to Bhutan by road must first get an entrance permission or authorisation from the Royal Government of Bhutan’s Immigration Office, which is located near the Indo-Bhutan border. The office is adjacent to the town of Jaigaon, which is in West Bengal. Visitors can visit Paro Valley and Thimphu with an entry permission issued from this Immigration Office.

This office, however, also grants special permits that allow international travellers to visit Bhutan’s other key tourist spots. Visitors can obtain a Bhutanese visa at immigration centres in Samdrup-Jongkhar and Gelephu.

The Royal Bhutan Consulate Office may provide visas to visitors arriving directly from Kolkata. After obtaining a visa, visitors can enter Bhutan at one of three authorised points: Samdrup-Jongkhar, Gelephu, or Phuentsholing-Jaigaon.

Road Trips by Personal Vehicle: How to Get to Bhutan

Phuentsholing, a Bhutanese town, shares a border with Jaigon, an Indian town (West Bengal). If you’re intending to travel to Bhutan by road, Jaigaon is the best place to start your journey to the Happiest Himalayan Kingdom.

If you are considering a journey to Bhutan from the Indian state of Assam, Gelephu in Bhutan would be a good starting point. This Bhutanese town is around 50 kilometres from Assam’s Bongaigaon district (India). Whether you’re driving your own car or renting one, this is the best method to get to Bhutan by road.

The third point of entrance into the Land of Thunder Dragons is Samdrup Jhongkar. This Bhutanese town is around 150 kilometres from Guwahati (Assam, India). Guwahati, the capital of Assam, boasts a plethora of tourism possibilities and provides an easy-to-access corridor for road excursions to Bhutan.

The nearest Indian metropolis to Bhutan is Siliguri in West Bengal. Buses from Siliguri to Jaigaon, which shares an international border with Phuentsholing, are available for those planning bus trips to Bhutan (Bhutan). This ride takes around 4 hours, is quite comfortable, and provides some of the greatest views of gorgeous tea gardens, hilly scenery, rural villages, and more.

Visitors who intend to go to Bhutan by bus from or near Kolkata (India) can take direct buses to Phuentsholing (Bhutan) from the City of Joy’s Esplanade Station.

Getting to Bhutan by Train

The Last Himalayan Kingdom, however, does not have direct train connectivity. Visitors wanting to go to Bhutan by train can take a train to Siliguri, New Jalpaiguri, New Alipurduar, or Hasimara, and then travel by road to Bhutan’s town of Phuentsholing through Jaigaon.

The following is the distance between Phuentsholing and the railway stations:

Visitors arriving from other regions of India can use any of the above-mentioned railway stations because most express trains stop there.

What is the best way to get to Bhutan via air?