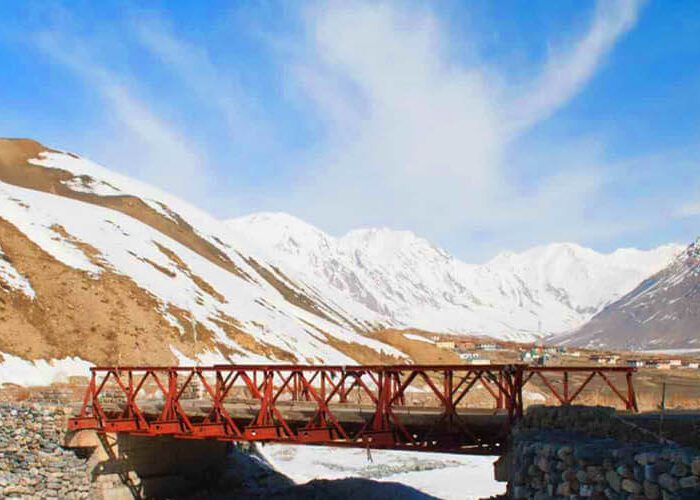 Dongkha la, also known as Donkia Pass, is a high mountain pass in the Himalaya that connects Sikkim, India, and Tibet, China. The Tibetan Plateau may be seen from the pass. North Sikkim is home to the pass. Tso Lhamo Lake is 6.5 kilometres (4.0 miles) long and 2.5 kilometres (1.6 miles) wide and is located near the pass. Tso Lhamo Lake is said to be the source of the Teesta River. Teesta is also fed by the Gurudongmar Lake, which is 5 kilometres (3.1 miles) to the west-northwest. Joseph Dalton Hooker, who crossed the pass on September 7, 1849, made the first observation in western literature.

During his excursions in the East Himalayas, the great botanist Joseph Dalton Hooker rated the Dongkha La as the most hazardous pass he had ever travelled. As a result, it should come as no surprise that few tourists visit it. This pass sits high up in the East Himalayas in Sikkim, at a steep height of more than 18,000 feet. It opens on the other end to view the world’s roof, the Tibetan plateau. Dongkha La may not be everyone’s cup of tea, but for dedicated trekkers, the breathtaking scenery surrounding the Dongkha La is enough to make the long route worthwhile.

For obvious reasons, the pass is closed throughout the winter (November to February) and monsoon season (June to September). The months of March through May and October are the most secure for trekking to the Dongkha La Pass.

Though it has been known for competent drivers to drive up to the pass, this is uncommon, therefore the only way to get here is on foot. The Dongkha La is located halfway between Yumesamdong and Tso Lhamo Lake in Yumthang. The 8-9 kilometre trek should only be attempted by experienced trekkers. A trek along the thin Dongkiachu river begins the ascent to Dongkha La. The climb is very easy until you get close to the pass, which is approximately 100 metres away, when it becomes steeper and virtually vertical. The thin air in the region is also a result of the high altitude, making breathing harder.As a result, an average walker will need at least 5-6 hours to reach Dongkha La. After reaching the pass, a steep drop of about an hour and a half will lead you to the huge expanse of the spectacular Tso Lhamo, one of the world’s highest lakes. Gurudongmar, another of Sikkim’s picturesque lakes, may be reached by heading west for about 5 kilometres.

Because of its proximity to the Indo-Tibetan border, the pass is under the supervision of the Indian army, and access to the region requires the acquisition of appropriate permits.

Wear warm clothing, including thermals, as the location is extremely cold, even in the summer. Make sure you’re in good physical shape because the walk can be challenging. Because there will be no human habitation along the journey, bring plenty of water and snacks, as well as altitude sickness medications. To get the most out of the beautiful scenery, bring a pair of binoculars with you.