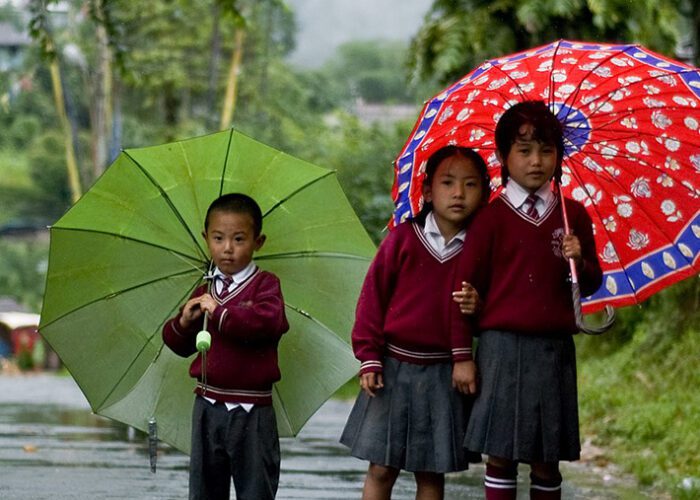 Everyone loves the monsoon season. It is the moment when nature awakens from a long slumber and begins to regenerate. But the monsoon in Sikkim manifests as nonstop rain from May through September, with July being the wettest month of all. The monthly rainfall here is around 600-700 mm, and the temperature ranges from 17 to 22 degrees Celsius. Fog causes the forest to grow thick and nearly invisible, and it also causes the river to begin running rapidly and frequently taking the appearance of a flood. This makes it unwise to travel there during the monsoon. However, on the plus side, during this season the waterfalls become vivacious and undoubtedly lure eager travellers to see them.

The cherished season for everybody is the monsoon. At this time, nature awakens from a long slumber and regenerates. However, Sikkim has an ongoing monsoon from May through September, with July being the wettest month of all. Here, there is around 600-700 mm of monthly rainfall, and the temperature ranges from 17 to 22 degrees Celsius. Due to the fog, the forest becomes thick and nearly invisible, and the river begins to flow vigorously and frequently takes the appearance of a flood. As a result, it is not suggested that you visit the area during the monsoon. On the plus side, though, this time of year the waterfalls become vivacious and undoubtedly draw in eager tourists.

Other than this, the area transforms into a chirpy paradise for bird lovers. Even the most elusive bird species can be seen at this time. The Changu Lake, Nathula Pass, and other locations around North Sikkim are mesmerising during the monsoon season.

However, the state has two distinct rainy seasons: summer and winter. It has been discovered that Sikkim’s southern regions experience heavier rainfall during the summer months than its northern regions do throughout the winter. If only you could manage the problems like blocked roads and delayed planes, this would allow tourists to explore the northern half during May and June and the southern section during August and September.