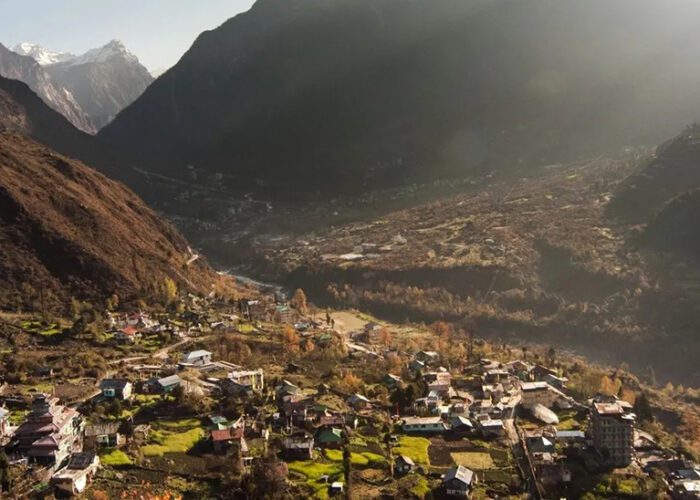 Places to visit in Sikkim during Summer

Sikkim is one of the most sought-after destinations for vacationers because of its mountains, valleys, rolling hills, cool meadows, and rejuvenating natural surroundings. Sikkim is a wonderful place to escape the summer heat while yet feeling just like heaven in the winter. There are various such sights in Sikking, ranging from the tallest lake of Gurudongmar to the most well-known Nathu La Pass, that will undoubtedly make your summer vacation memorable! Discover the most intriguing locations in Sikkim to visit in the summer that are all about the magnificence of nature by reading on.

Places to visit in Sikkim to view the grand beauty

Are you considering visiting Sikkim this summer and curious to learn more about the best summertime attractions the region has to offer? Now that you’ve seen all the best summertime destinations in Sikkim, it’s time to make travel plans. Scroll down to see them all!

Khecheopalri, a well-known sacred lake associated with Guru Padmasambhava, is situated around 147 kilometres from Gangtok. Khecheopalri, formerly known as the Kha-Chot-Palri, is located in West Sikkim and is one of the greatest spots to visit in Sikkim in April. It is essential to see this natural lake that resembles a crater and is surrounded by hills. It is a stunning pilgrimage site as well as a well-known tourist destination. Due of the countless Buddhist prayer flags swinging around in slow motion, it’s a fantastic location for photographers!

One of the most picturesque spots to visit in Sikkim in May is Buddha Park of Ravangla, which is well-known as the Tathagata Tsal and marks the beginning of spring. This beautiful park has a large expanse of greenery and a 130-foot tall Buddha statue that serves as the garden’s focal point. This man-made structure is thought to be the third-tallest in India. On your next vacation to Sikkim, be sure to stop by the eco-park, which is located at the base of the Maenam Wildlife Sanctuary. During your stay, be sure to take in the breathtaking vistas of Ravangla that surround this sacred spot. This is one of the most well-liked tourist destinations in Ravangla.

On the road to Tashi viewpoint in Northern Sikkim, one may pass by the stunning flowing Bakthang waterfall. This waterfall, which gets its water from the Ratey Chu river, is one of the top destinations in Sikkim to come in the summer for families and couples to make lifetime memories. One of Sikkim’s most popular waterfalls is this one. These waterfalls, which flow in full power during the summer, would undoubtedly make a terrific backdrop for your romantic selfies in Sikkim.

Goecha La, a mountain that rises to a height of 16,207 feet, is one of the most interesting destinations to visit in Sikkim in the summer and provides a challenging trip that lasts around 11 days. The 90-kilometer Goecha La trip will take you through a variety of environments and difficult terrains that will enable you to reach new heights in Sikkim. Just be careful to prepare appropriately and have a thorough physical before starting this difficult adventure.

The Yumthang Valley of Flowers, a breathtaking environmental preserve in the centre of North Sikkim, is all about the ideal harmony of flora and animals. Yumthang Valley is one of the must-see tourist destinations in Sikkim in the summer for all visitors since it has hot springs, rivers, valleys, enormous grasslands, and yaks wandering through the gorgeous meadows. When the red, pink, and purple rhododendrons are in bloom, this valley is at its most stunning, so plan your visit to take advantage of that.

Nathu La Pass, a high mountain pass in Sikkim, is one of the greatest destinations to visit and is located at an elevation of 14,140 feet. This raised mountain pass links the state of Sikkim with the Tibetan autonomous territory and is said to have formerly been a component of the ancient silk route. It is worth a visit in the summer even if there are fewer possibilities of seeing snowfall because it is covered in snow throughout the winter. Any authorised tour operator in Sikkim can help you easily obtain the pass needed to visit Nathula.

The legendary Lake Tsomgo, also known as Changu Lake or Tsongmo Lake, is located magnificently in Sikkim’s eastern sector at a height of roughly 12,310 feet. It is one of the best sites to visit in Sikkim in the summer since it makes local sightseeing enjoyable, unlike in the winter when the river is frozen and the temperatures are frigid. It is situated approximately forty odd kilometres from Gangtok. Given its surrounding colour palette, it also serves as a delightful location for photographers and filmmakers.

Khangchendzonga National Park, a well-known UNESCO World Heritage Site in the centre of Sikkim, is proud to be the habitat of several endangered species, including snow leopards, musk deer, Himalayan tahrs, and clouded leopards. Make sure to include this biosphere reserve on your agenda for your upcoming Sikkim vacation because it is renowned for being India’s first-ever Mixed Heritage Site. To see the most of the creatures and birds this park is known for, arrive early in the morning or during the golden hours of night.

Gurudongmar Lake is one of the tallest lakes in the globe as well as India, perched high at a stunning elevation of 17,800 feet. Your trip wouldn’t be complete without seeing Gurudongmar Lake, one of the most amazing sites to visit in Sikkim in the summer and widely regarded as a sacred location for Hindus, Sikhs, and Buddhists alike. Bordered by snowy peaks, the magnificent blue, green, and grey colours of this lake never fail to astound nature lovers and explorers.