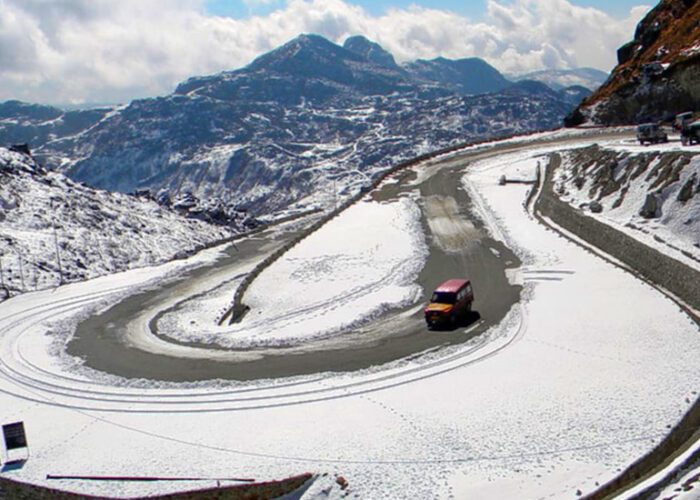 Things to do in Gangtok

Gangtok appears to be on another planet due to its location in the eastern Himalayas, its proximity to two rivers on the east and west, and its surrounding foggy, green valleys. But for a very long time, few people were familiar with this charming city, with the possible exception of its most famous export, the actor Danny Denzongpa! However, the intrepid traveller is aware that Gangtok offers a wealth of interesting and thrilling activities, making it a trip you’ll remember for years. Sikkim’s capital offers a variety of activities, including seeing ancient Buddhist temples, hiking through lush forest, participating in thrilling adventure sports, and enjoying lengthy drives along gorgeous mountain roads. Willing to go? What awaiting you in Gangtok is listed here.

Take a rafting trip along the Teesta River

Do you desire an adrenaline rush? The essential “must-do” activity in Gangtok is to go white water rafting on the Teesta River. Take in the breathtaking sights of the lush trees that surround the Teesta’s banks as you speed down its rapids and bring back some epic tales to share and relive.

Want to see Gangtok’s lush green slopes, terraced rice fields, and monasteries from above? How about a breathtaking vista of the distant Kanchenjunga? You now know about paragliding, one of the most well-liked activities in Gangtok. You always have a qualified pilot with you on these tandem flights, so you’re always safe. Flights are scheduled according to altitude and weather.

When: Every month except July and September.

Trekking through Gangtok’s many picturesque trails, which pass through dense forests of poplar, birch, elm, and oak trees, unexpected clusters of exotic orchids, vast stretches of terraced farmland, and impromptu waterfalls with water that is fit for drinking, is one of the city’s most popular “it” activities.

Where: From Gangtok, treks begin

When: All year long, excluding the monsoon

A bike tour of Gangtok’s surroundings will allow you to explore them.

The leisurely pace allows you to take in the Himalayan splendour of glacier-ridden mountains, breathe in the Alpine air, and pause to see some lovely monasteries along the way. What a fantastic activity to engage in while in Gangtok!

Where: Check with your operator; the majority of itineraries depart from Gangtok.

When: All year long, excluding the monsoon

Have a picnic at the Seven Sisters Waterfalls

Not addicted to adrenaline? A picnic basket and a trip to the Seven Sisters Waterfalls, a beautiful cascade of water that tumbles down the rock face in three separate tiers, are still amazing things to do in Gangtok. The falls, which are located 32 kilometres from Gangtok, are frequented by picnicking families and visitors who take in the scenery from two viewing platforms.

Consider going to the Namgyal Institute of Tibetology

Whether or whether you practise Buddhism, a trip to the Namgyal Institute of Tibetology will enrich your life because of its vast collection of thangkas, books, manuscripts, and other spiritually and historically significant Buddhist artefacts (cloth paintings used in traditional prayers). A visit to this institute/museum is one of the most well-known things to do in Gangtok and will be a memorable one.

When: Monday through Saturday, 10 a.m. to 4 p.m.; closed on Sunday and legal holidays

Cost: ₹10 for each individual

Looking for a very thrilling activity in Gangtok? One of the most beautiful motorable routes in the nation is the Nathu La Pass, a fortified border trading station between India and China that was formerly a part of the old Silk Road. You may walk a flight of stairs to see the actual border and an army memorial, and on a clear day, you’ll be able to glimpse the magnificent Mt. Chomolhari.

56.3 km separates you from Gangtok.

When: May to October, Wednesday through Sunday; a permission is necessary

Take a day excursion to Tsomgo Lake, which is dotted in a valley bordered by snow-capped mountains, for another enjoyable activity while in Gangtok. Oh! You’ll be on a Yak, of course! Enjoy the peaceful views of the lake, take a quick swim if you don’t mind the chilly water, and snap some fantastic Instagram-worthy photos to gain an extra 100 followers.

You only need to take a cable car trip to get some amazing views of the city, which was originally just a dusty tiny town, as it has expanded to encompass a jumble of residential and business structures. It’s a major “thing” to do in Gangtok, and if you haven’t crossed it off your list, you can’t call yourself a serious traveller.

Extra ₹100 for the camera